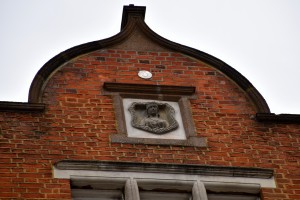 Above your head as you stroll London’s streets you may have occasionally noticed curious figures or markings on buildings, and naturally wondered what they are.  Some may be simple boundary markers, whilst others may be ownership marks or even a symbolic nod to a long lost piece of London history.

The Mercers’ Maiden is a property mark that can be spotted on buildings across London denoting the property is owned by The City of London’s premier Livery Company, The Mercers’ Company. The Maiden has been used by the company as their emblem for nearly six hundred years. 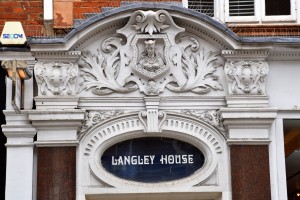 Many of the Maiden’s are carved from stone. They can be found on building exteriors, above doorways, on side walls or even high up under the eaves. They can occasionally even be found in brass on doors. 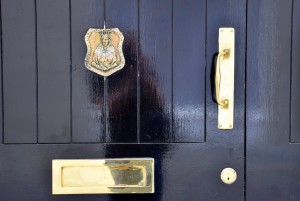 The Mercers’ Company date back seven hundred years, importing fine cloth through London’s port, including silks used for ceremonial clothing for Monarch’s during the medieval period. The company invested in property over the centuries and own an impressive London portfolio that includes a large area to the North of Long Acre, near Covent Garden. The following photographs were taken on and around Long Acre, including of course, Mercer Street.