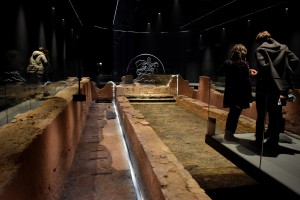 At several locations around London ( commonly 20 feet below ground level ) you can view evidence of Roman occupation. London Mithraeum showcases the Temple of Mithras and is the latest subterranean exhibit offering a glimpse into the life of citizens residing in the Roman city of Londinium. Housed within Bloomberg’s new European headquarters in the City of London the temple has been moved nearer to it’s original Roman location on the banks of the long lost Walbrook river. 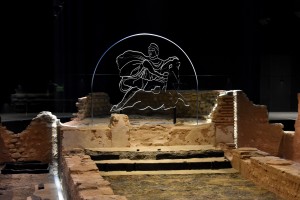 First discovered in the early 1950’s during preparations for the construction of Bucklersbury House the Temple of Mithras was built around AD 240 and is thought to have been a place of worship for Roman Soldiers.

As well as access to the temple, visitors can also see Roman relics found during recent excavations in the City of London.

Other interesting Mithras artefacts found at the Bucklersbury House site are on display at the excellent Museum of London ( photo below ). 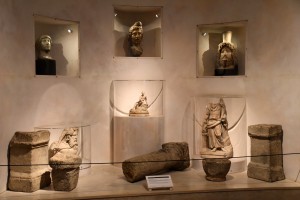 Entry to London Mithraeum is Free.