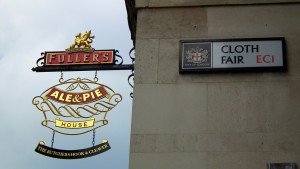 The capitals famous pub signs haven’t always been allowed to hang high and bold above the city’s streets.

In the wake of The Great Fire of London of 1666 the Rebuilding Act of the following year declared that all new buildings within the City of London would be made predominantly of Brick or Stone, rather than Wood which had been previously used ( with disastrous consequences ). Amongst other sweeping changes made by the act, hanging signs ( so popular for pubs in the City ) were banned for safety reasons. 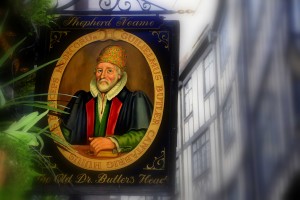 Citizens had complained of trying to negotiate the heavy, burning and falling hanging signs as they sought safety from the fire through the narrow lanes and passageways of the old city.

Signs of the Past 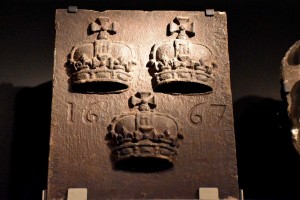 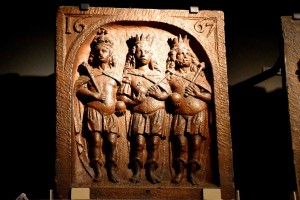 The dangerous hanging pub signs were replaced by Stone plaques that were embedded into the front of the buildings. The examples shown here, The Three Crowns & The Three Kings, were on show in 2016 at the Museum of London during an exhibition commemorating 350 years since the Great Fire of London.