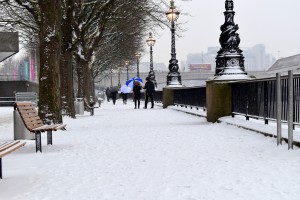 On the rare occasions Snow falls in London the city seems to to lose some of it’s frenetic energy. The Capital is transformed into a quieter, more subdued city revealing a rarely seen side to it’s nature.

It is during these occasional Winter treats that I like to visit the city with my Camera, capturing London in it’s wonderfully sober mood.

The following photos were taken on several different visits to London, including the recent Snowfall of March 2018.