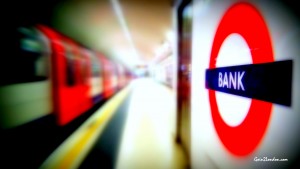 The smallest Police Force in the country patrol the highest earning piece of land in the world (per sq. ft), which is home to London’s globally renowned Financial Centre, along with famous locations and institutions that include Fleet Street, The Old Bailey, The Bank of England and Pudding Lane.

The ‘City’ or ‘Square Mile’, as it is commonly known, has hosted some of English history’s most infamous events. The Blitz bombing campaign during World War II was the greatest disaster to hit the City since the devastation of the Great Fire of London in 1666, and the terrible Plague that preceded it.

The network of Alleyways and Lanes, once familiar haunts of Charles Dickens and Samuel Pepys, greatly reflect the pre-fire medieval street layout.

Today, an incredible 600 listed structures exist within an area barely larger than 1 Square Mile. Iconic modern architecture, such as Lord Rogers’ ‘Gherkin’, share the city skyline with Sir Christopher Wren’s superb post-fire churches, and the most famous and recognisable building in the City of London, St. Paul’s Cathedral.

The City of London Corporation is the country’s oldest local authority, and has been governing the City from the Guildhall for over 800 years. It’s eminent members, including the Lord Mayor, have historically been elected by the all powerful Livery Companies from their own membership. The present Guildhall building dates back to 1411, and was partly funded by money left in the will of 3 times elected Lord Mayor Richard (Dick) Whittington.

The family friendly Galleries of the excellent Museum of London depict the City of London’s long and eventful past, where every turn of a corner, turns another page of history.