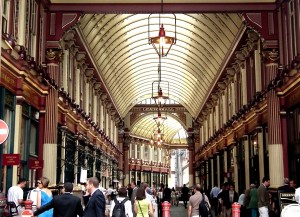 Corporation of London buys its own Cemetery outside of the city in Ilford, Essex.

1871       Queen Victoria Street opens, linking the newly built Victoria Embankment to Bank Junction in the heart of the city.