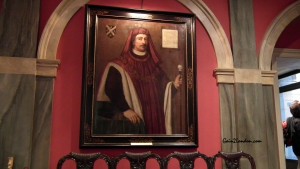 The following article I posted in preparation for the 2019 show.

The Mayor’s day will actually start on the River Thames early in the morning, when he is escorted by a flotilla of boats in a river pageant from Westminster to HMS President (near St.Katherine’s Dock) to inspect a Guard of Honour. He then travels to Guildhall to start the street procession. The new Lord Mayor travels by carriage to the Royal Courts of Justice at the top of Fleet Street to pledge allegiance to The Queen, before returning to his new residence in the heart of the City at The Mansion House.

The main procession actually took place on the River Thames from 1453 until 1856, a ‘Float’ remains the name given to a processional vehicle to this day. The Lord Mayor is elected from within the membership of the historically powerful Livery Companies of The City of London. The most famous holder of the office is without doubt Richard (Dick) Whittington, who was Mayor 3 times.

The streets will be lined with tens of thousands of spectators by the time the procession starts at 11 a.m. The celebrations usually end with a firework display on the Thames between Waterloo Bridge and Blackfriars Bridge at 5.15 pm (weather permitting).

There are many good vantage points around the City to see the Lord Mayor’s show. The following images of the street procession were taken by me in 2012 from outside the Bank of England in Princes Street, near to the start of the procession.