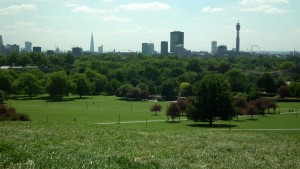 St. Paul’s Heights is a scheme devised to preserve some of the finest views of Sir Christopher Wren’s Cathedral from vantage points in and around London.
The scheme was introduced after several buildings constructed in the early 1930’s, including Unilever House and the Faraday Building in Blackfriars had obscured vista’s of St. Paul’s enjoyed by generations of Londoners. Godfrey Allen, Surveyor to the Fabric of St. Paul’s Cathedral proposed stricter regulations on the construction of future high rise buildings in the City of London. 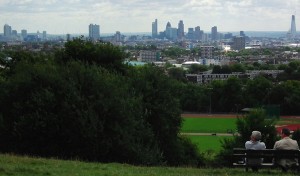 St. Paul’s Heights has been updated and expanded by successive City of London administrations since it’s inception in the late 1930’s. It has not only been successful in safeguarding relatively local vantage points, such as from Fleet Street and the Southbank, but also long distance views from Parliament Hill, Kenwood Park, Alexandra Palace, Greenwich Park, Primrose Hill, Blackheath Point, and Richmond Park.