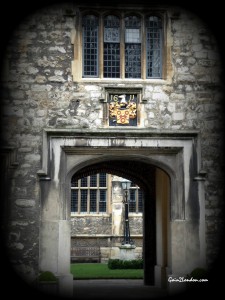 Thousands buried in cemetery near Smithfield on land later occupied by the Charterhouse.

1453        Lord Mayor’s procession moves from the roads onto the Thames for the first time.

The word ‘float’ for processional transport dates from this time.